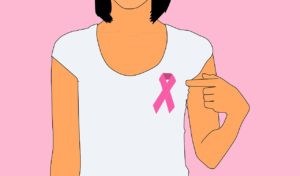 I have been actively following up on the breast cancer awareness initiatives that individuals and companies are taking and I’m impressed with all the efforts towards making people aware of the disease to reduce its negative impacts. If you walk around, you will come around pink stickers, uniforms, and pins all alerting people of the disease that kills 400,000 women in the US annually. I have had a history with cancer and my advice is, early detection is very important. My mom was diagnosed with breast cancer 20 years ago. It was the single most devastating news for me at that time. Thankfully, her experience in managing the condition taught me a few lessons, which I have come to apply and want to share some of the intelligence I have gathered.

I have had multiple scares of breast cancer. In the recent past, I have gotten two biopsies in two consecutive years. Roughly a year ago, I had another cancer scare when I developed abnormal pain all of a sudden in my breast. It came with a burning sensation and then suddenly a lump formed. I sought urgent medical attention fearing for the worst. Several tests have been performed and as of today, I remain cancer-free even though I still have some concerns. I have done the BRCA1 BRCA2 test, which is a genetic test that can rule out the risk of inherited breast cancer. This was also negative. I remain skeptical about the disease itself because studies have shown that women with the dense breasts are a concern and some might only find out that they have it once it has reached either a stage 3 or 4.

How to win the war against breast cancer

In as much as the awareness programs have been intensified, they are not enough to fight cancer. As an individual, you need to take steps towards detecting and preventing the disease. The following are some of the ways that you can do this.

1. Watch out for breast cancer symptoms

You should ideally perform breast self-exams once a month. There are three types of tests that you should carry out. First, you should move your fingers around the entire breast in a circular motion from the outside and try to feel for lumps. Lumps are unnatural thickenings or hardened knots. Second, you should visually examine the size and shape of the breast with your arms raised overhead. You should be keen to see whether there are swellings, changes in contour, or rashes on the breast skin. Third, while lying down on a flat surface with your back raised on a pillow, you should squeeze the nipple with light, medium and then firm pressure and check for any unexpected discharge.

Early stages of breast cancer might not always be detected through self-examination thus you should regularly go for mammography. Mammography can detect small tumors in the breast allowing you to seek early medical attention.

Remember, the best way to beat cancer is through early detection and treatment. Also, the presence of a lump is not always an indicator that you have breast cancer, just like in my case. It is only wise to schedule an appointment with your doctor to dispel such fears.

Should your doctor confirm that you have breast cancer, you should start treatment immediately. Thanks to advances in modern medicine, breast cancer can be cured. Currently, you can be recommended to undertake the following types of treatment:

Doctors can recommend the removal of the cancerous cells in the breast to prevent breast cancer from spreading. If only a small part of the breast is confirmed to have these cells, doctors will perform lumpectomy and remove the unhealthy cells. This treatment is usually preferred if you have a small tumor. However, patients with large tumors can also prefer to take it if they undergo chemotherapy to shrink tumors to be small enough to be removed through a lumpectomy. Secondly, doctors can recommend a mastectomy, which is a surgery to remove the entire breast tissue. There are newer surgical techniques such as nipple-sparing and skin-sparing mastectomy that can improve the appearance of the breast after mastectomy. Third, doctors may recommend the removal of some lymph nodes if they have received lymph drainage from tumors.

The second category of treatment is therapy where doctors can recommend for radiotherapy, chemotherapy and hormone therapy. Radiotherapy involves subjecting cancer cells to high-powered beams of energy to kill them. It is mostly recommended for large tumors or to prevent recurrence after other treatment options have been used. Radiation is commonly done over a period not less than three days and not exceeding six weeks. Radiotherapy might have side effects such as fatigue but rarely does it cause more serious problems or secondary cancers. Chemotherapy involves taking drugs that destroy fast-growing cells such as cancer cells. It is used for high-spreading or recurring cancer cases. It might also be used as a precursor to treatment via surgery to reduce the sizes of tumors. Lastly, hormone therapy is used to treat breast cancers that are sensitive to hormones. In addition to these, there is an increased use of immunotherapy where the immune system is used to fight cancer naturally. It is used when one has triple-negative breast cancer which are cancer cells that do not have receptors for estrogen, progesterone and HER2. 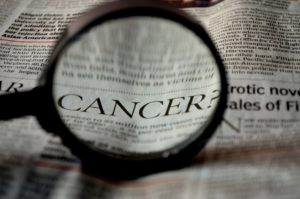 I wish to also highlight an increasingly common type of cancer in men, prostate cancer. It affects the prostate, an organ that produces seminal fluid and aids in urine control. The American Cancer Society estimates that there will be around 180,000 new diagnoses of prostate cancer and 32,000 deaths from it this year. Further, 1 of every 9 men is going to get prostate cancer but only 1 in 41 will die from it. Most types of prostate cancer grow slowly thus many of the men affected never have significant problems and may not need treatment. However, there are a few types that are aggressive hence spread quickly and cause a host of problems. Prostate cancer affects mostly affects males above 50 years of age and is most common to those that come from a family with a history of this type of cancer. The BRCA1 and BRCA2 genes, which are hereditary, can increase the risk of prostate cancer just as they increase the chances of breast cancer in women. The best way to beat prostate cancer is through early detection and treatment.

Some symptoms of prostate cancer include:

Prostate cancer is easy to treat if detected early and some types of this cancer might not need treatment at all. Therefore, when one is found to have cancer, doctors will initially monitor the symptoms to check whether the cancer is growing fast enough to require treatment. If they confirm that treatment is needed, they will recommend one of the following:

This is used to kill cancer cells around the body, thus will eliminate the prostate cancer cells.

Prostate cancer tends to have effects on the fertility of a man. It affects semen production and treatment methods may harm the reproductive system further. However, in some cases, men may preserve their reproduction abilities by banking or directly extracting sperm for artificial insemination.

Therefore, whether you are affected by breast cancer or prostate cancer, I have walked this journey before thus if you need someone to be there by you, you can call on me. I can provide advocacy services for your healthcare and provide supportive care because I know what it feels to have cancer. For women, if you do not have breast cancer, maintain a healthy lifestyle and use the techniques I have listed above to continually test for any new cases. For men, prostate cancer is very easy to treat, thus if you get any of the symptoms I highlighted, book an appointment with your doctor to undergo a confirmatory test and see whether the cancer requires treatment. I am always available via the contact us page if you need any form of assistance and my health advocacy services are open to all genders. Stay strong, let’s beat cancer together.