I had started what seemed to be a great career in the NYC Department of Education. I could at least say that I finally had it all. I had moved into a beautiful home and was giving my son the best possible level of care. Little did I know that in an attempt to remain impartial in the education system, I was going to risk and unfortunately lose all I had. The chain of unfortunate events started unfolding when I was asked to investigate a rather unusual case where a student was left at a bodega store while his class went on a school trip. The complaint was lodged by another district which wrote to our school concerning an incident involving one of our students. I realized that it was a student I had talked to a teacher about.

I vividly remember what transpired on that fateful day whereby a teacher, for some reasons, did not want to take the particular student on the school trip. This was after the parents had already granted permission for the student to go on the trip. The teacher wanted the student to stay back in school and this issue was brought to me. I explained to the teacher to contact the student’s parents and inform them why he would not allow their child to go on the trip with the other students. This seemed to bother him as he would be tasked with coming up with a valid reason for leaving the child. Instead of contacting the parents, the teacher made it look like he was going to take the student on the trip but cunningly left the innocent 12-year old special needs student at a corner store in the neighborhood thinking that the child’s father worked there. The tragedy unfolded when a truck hit the unaccompanied child leading to serious injuries.

I truthfully completed my investigations and confirmed that I had talked with the teacher and informed him to either take the student on the trip or contact the parents explaining to them that he would not and the reasons why. The teacher chose to disregard the little I asked him to do and instead abandoned the young child at a store and this led to the unfortunate accident. The costs of either calling the parent or taking the student on the trip were inequitable to deserting the poor child unaccompanied at a corner store to be hit by a truck. I thought the school would take tough action against him. However, fingers started turning shortly afterward and I became the target for doing my job.

It turns out that it was bad for business for this truth to come out and the school system was going to great lengths to absolve itself from the matter. It crossed all imaginable ethical and legal boundaries to cleanse itself. For them, too many of these unfortunate incidents would make the school lose rating. The child’s parent had sued the teacher and truck driver and a few years later, they gave me a copy of the check they were given as settlement. Therefore, the teacher was cleansed of their negligent acts and the school took no action against him. On the other hand, my career became a catastrophe. My contract was unlawfully terminated and this put me in financial distress. My home went into foreclosure and my credit was ruined. My reputation was soiled, or so I thought.

I took the courage to take on the school head-on in the court of law. I sued the Department of Education for mistreatment and the unlawful termination of my employment contract. Armed with concrete evidence and hard facts, I won the case. Little did I know what would befall me. Instead of being reinstated, I was held in captivity for years in a reassignment center, or what we used to call the “Rubber Room.” I would still report at my place of work professionally dressed and with a walking office comprised of a laptop, phone, and router. I would make frantic efforts to communicate with the chancellor and all other people involved in my predicament telling them that all they were doing was unethical and illegal. This rubbed their nerves and at that time, they stooped to a new low and made another cowardly move to forever tarnish my name. A slanderous lie-filled article was concocted on the New York Post by Angela Montefinise that I was running a multi-million business while in the reassignment center. This happened while I continued to waste away in the reassignment center alongside 150-200 other educators for 10 years. The NYC Department of Education went ahead to appeal the court ruling and eventually I still defeated them (Downing v. New York City Dep’t of Educ., 2012 N.Y. Slip Op. 66994 (N.Y. App. Div. 2012)). 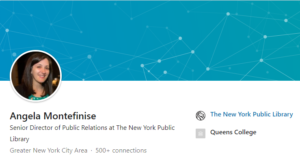 I have a condescending view of the Department of Education and all the crooked manipulative characters who played a role in tarnishing my name for doing my job. Quoting the court records whereby I am the petitioner:

“In December 2005, the petitioner, proceeding pro se, commenced this CPLR article 78 proceeding against the respondents DOE, Martin Weinstein, the Principal of the school and District 19 Community Superintendent, and Anita Skopp, the Local Instructional Superintendent, challenging that determination.”

This experience brought me down, took away 10 years from me but built my courage, confidence, and tenacity to take all forms of unfairness by the horns. I am fearless and ready to face all unjust and unethical practices. If you are in a similar situation and already feel overwhelmed, you do not have to walk alone. Get a determined advocate to fight by your side. Don’t give up, don’t give in, just fight for what is right. You can reach me via https://letmewalkinyourshoes.com/contact for assistance.